The United States Embassy in Ottawa says it has concerns that the federal Liberals’ controversial online streaming act could discriminate against American companies.

In a statement to The Canadian Press, an embassy spokeswoman said U.S. officials are holding consultations with businesses about how Bill C-11 could affect their operations.

“We have … concerns it could impact digital streaming services and discriminate against U.S. businesses,” Molly Sanchez Crowe said in the statement.

The bill aims to update Canada’s broadcasting law so it reflects the advent of online streaming platforms such as YouTube, Spotify and Netflix. If the bill passes, such platforms would be required to contribute to the creation of Canadian content and make it accessible to users in Canada _ or face steep penalties.

The proposed law has come under intense scrutiny amid accusations from companies and critics who said it left too much room for government control over user-generated content and social-media algorithms.

The chair of the Canadian Radio-television and Telecommunications Commission, which would be given new enforcement powers under the bill, threw water on those concerns during a Senate committee hearing last month, though some lawmakers said they were still concerned about vagueness in the bill’s wording.

YouTube, which is owned by Google, has said it’s not concerned about being regulated further. But it has maintained that the bill would engage in artificial promotion of certain content and give the government control over what users see.


Under the United States-Canada-Mexico free-trade agreement, or USMCA, a country can challenge a law when it feels it is being discriminated against. 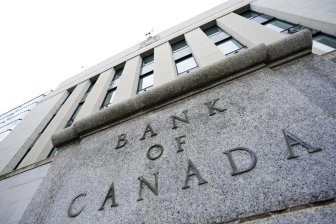 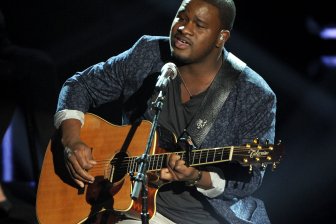 U.S. Trade Representative Katherine Tai has previously expressed concern about the proposed law, but has not said whether her country would launch a trade dispute.

International Trade Minister Mary Ng has insisted that the online streaming act in is line with Canada’s trade obligations.

Police in India charge two men in deaths of family who froze crossing into U.S.

Marc Froese, a political science professor at Burman University in Alberta, said it’s possible a dispute could be launched against Canada.

“Is it inevitable? No,” he said in an interview Tuesday.

He pointed to a cross-border dispute Canada faced 25 years ago over “split-run” magazines, or American magazines that were sold in Canada with the same content but with Canadian advertising. The percentage of Canadian ads they could include had already been strictly limited since the ’60s, and in 1994, the government added a hefty excise tax to the equation.

Ottawa saw the policy as a way to prevent cultural swamping by the Americans, Froese said.

5:43
How Bill C-11 could change streaming services in Canada


But the U.S. disputed the policy via the World Trade Organization and threatened retaliation under the then-North American Free Trade Agreement, or NAFTA.

“We played hardball. The Americans sued us,” Froese said. “And we lost.”

Jean Chretien’s Liberal government was forced to back down, though some restrictions on imported magazines remained. Since then, Froese said Canada has learned a lot about trade disputes and cultural exemptions, and it has become a leading user of dispute resolution mechanisms on the global stage.

“We’re not a babe in the woods when it comes to dealing with litigation. Canadians get afraid of that: ‘The Americans might sue us. They won’t like what we’re doing.’ Yeah, so what?” Froese said.

Even so, the updated broadcasting rules could be protected from trade violations by cultural exemptions written into trade agreements, he said.

“The Canadian government will do whatever is necessary to make sure that these measures are implemented in a perfectly legitimate way,” Herman said. “To avoid any suggestion that our trade commitments are not right.”

The bill passed in the House of Commons last June and is awaiting a final vote in the Senate.