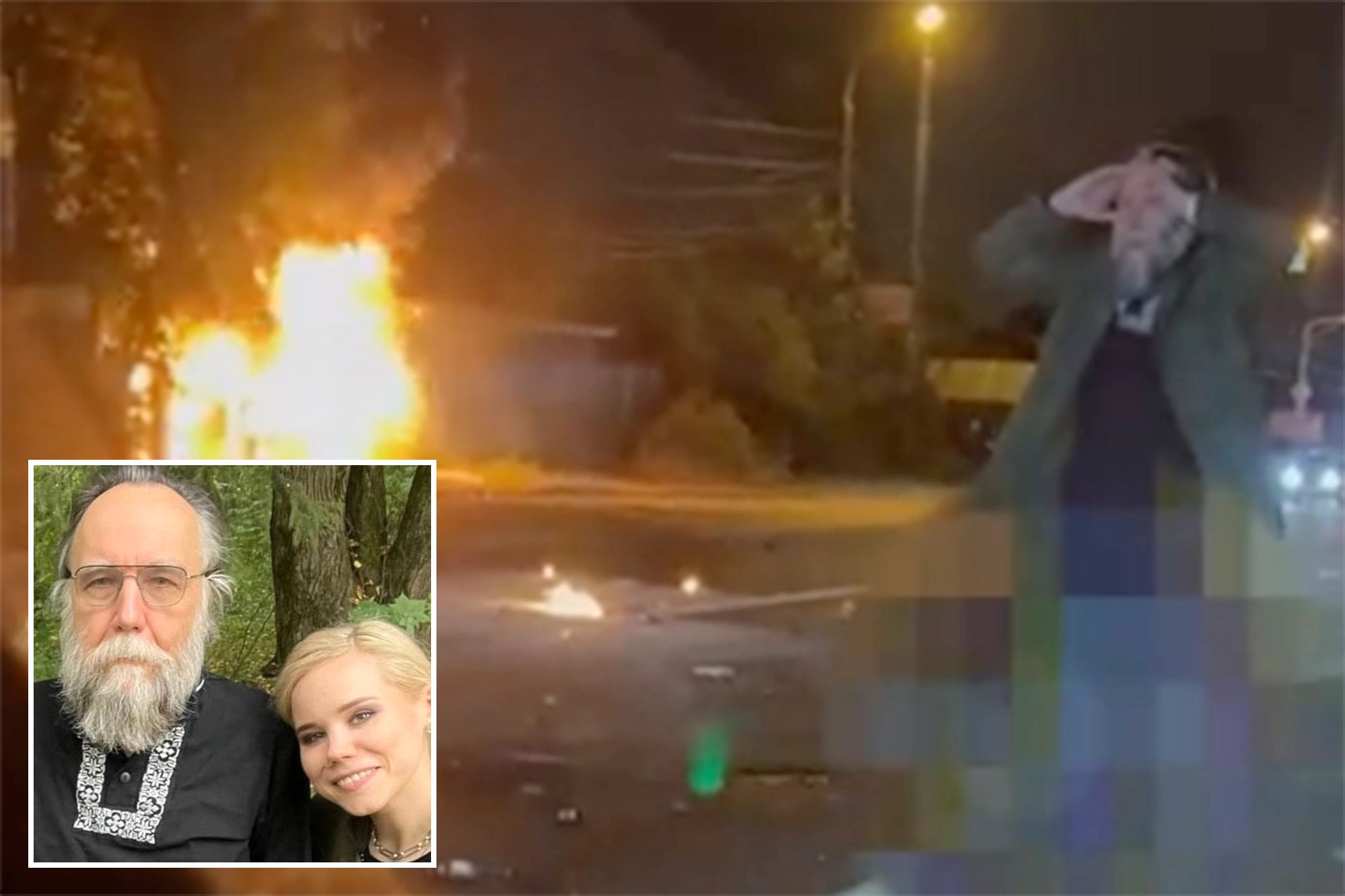 The daughter of Russian war mastermind and Putin pal Alexander Dugin was killed in a car bombing outside of Moscow late Saturday night, according to reports.

The far-right ideologue’s daughter, Darya Dugina, was instantly killed when a bomb went off that was intended to take out her father, according to news outlet Baza’s Telegram channel.

A friend of Darya Dugina confirmed to Russian news agency TASS that she was killed when the Toyota Land Cruiser Prado blew up. The car belonged to her father, he said.

Darya Dugina, 29, had been driving for about 10 minutes after leaving the “Tradition” music and literature festival when her car exploded, Baza reported.

Her father was supposed to take the car but got in a different vehicle at the last moment, violinist Pyotr Lundstrem told the outlet.

Moments after the explosion,  Alexander Dugin arrived at the scene. Video from the Baza’s Telegram channel apparently shows a distraught father holding his hands on his head incredulously as the wreckage burns behind him.

Denis Pushilin, head of the self-proclaimed Donetsk People’s Republic in the occupied Donbas region of Ukraine, blamed “terrorists of the Ukrainian regime,” for the blast in a Telegram post. Other pro-Kremlin Telegram channels also pointed fingers at Ukraine.

Russian authorities are investigating whether or not the explosion was a targeted hit on Alexander Dugin, a well-known political philosopher and proponent of the “Russian World” and “New Russia” ideologies that some have said pushed Russian President Vladimir Putin’s decision to invade Ukraine.

He is commonly referred as “Putin’s Brain” and the two reportedly have a close relationship.

“War with Ukraine is inevitable, but so far we have done only half of the task,” he told The Associated Press in 2016.  “We have united with Crimea, we have provided help to Novorossiya, but we didn’t liberate Novorossiya [New Russia].”

Darya Dugin was outspoken supporter Russia’s invasion of Ukraine. She was sanctioned by the U.S. government in March.