A California family is suing Meta, the parent company of Facebook and Instagram, claiming that the tech giant helped fuel their daughter’s eating disorder, self-harm and thoughts of suicide over several years.

The lawsuit, which was filed in U.S. District Court for the Northern District of California earlier this week, alleges that Alexis Spence was able to create her first Instagram account at the age of 11 — two years before she reached the platform’s minimum age requirement of 13, reports NBC News.

Influenced: A Global News series about social media’s impact on and offline

Almost immediately, Spence was flooded with an echo chamber of dangerous posts that glorified self-harm and anorexia, and created an addiction to the app for the preteen, the lawsuit states.

The Social Media Victims Law Center (SMVLC), a legal resource for parents of teenage victims harmed by social media addiction and online abuse, filed the lawsuit on behalf of Alexis and her parents, Kathleen and Jeffrey Spence, according to a press release via Business Wire.

The lawsuit relies heavily on internal Meta documents that were leaked by a whistleblower late last year, called the Facebook Papers. In the documents, Meta refers to preteens as “herd animals” who “want to find communities where they can fit in.”

Instagram vs reality: The perils of social media on body image

It alleges that when Alexis opened her first Instagram account in 2013 the then-fifth-grader was directed to sites and information promoting eating disorders. Scared that her parents might find out, “Alexis was able to find other users’ content explaining how to download an application that would disguise her Instagram icon as a calculator icon to hide her social media accounts from her parents,” the press release reads.

Documents publicly produced for the first time in the lawsuit show that Meta “references the practice by teen users opening multiple accounts to evade parental authority as a ‘value add proposition,’” states the SMVLC. 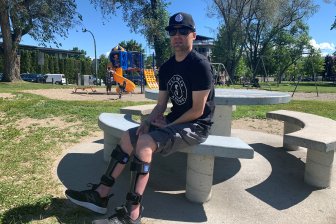 ‘What’s done is done’: Okanagan man one of the first in Canada to be compensated for vaccine injury 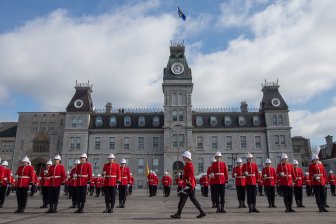 “If you look at the extensive research that it [Meta] performed, they knew exactly what they were doing to kids, and they kept doing it,” the founder of the SMVLC, Matthew Bergman, who is representing Spence and her family, told NBC.

“I wish I could say that Alexis’ case is aberrational. It’s not. The only aberration is that she survived.”

Incels are targeting ‘next generation of extremists’ online. Could algorithm reform help?

The lawsuit describes Alexis as a “confident and happy child” before her Instagram use, but says that the now-19-year-old has been hospitalized for depression, anxiety and anorexia because of the “harmful content and features” she was exposed to while using the app.

“Meta programmed and operated its product to prioritize engagement over user safety, and Alexis suffered several emotional, physical, and financial harms as a result, as did her parents,” the lawsuit says.

Media articles at the time cite records within the Facebook Papers that show the social media giant’s employees had warned the company was failing to police abusive content, repeatedly being told it was causing harm, and that its algorithms were inciting political violence for years.

Haugen testified before American and British regulators about how she says Facebook prioritizes profits over safety. She had said the company hides research assessing what role it plays in inciting political violence, and the records have prompted serious concerns about the extent to which its products hurt teenage users, particularly girls.

“What’s super tragic is Facebook’s own research says, as these young women begin to consume this — this eating disorder content, they get more and more depressed. And it actually makes them use the app more,” Haugen told CBS’ 60 Minutes in October before testifying before Congress about its negative effects.

— with a file from The Associated Press

If you or someone you know is in crisis and needs help, resources are available. In case of an emergency, please call 911 for immediate help.

For a directory of support services in your area, visit the Canadian Association for Suicide Prevention.

Learn more about how to help someone in crisis.

U.S. Technology, a Longtime Tool for Russia, Becomes a Vulnerability