NEW YORK — A Russia-based provider cut web protection services on Monday to Kiwi Farms, becoming the second provider in two days to abandon the notorious stalking and harassment site and leaving it inaccessible on the public internet.

DDoS-Guard said it doesn’t have to decide whether sites violate laws, and it normally restricts access to a site in cases such as receiving a court order. The company said it acted this time, however, after receiving “multiple” complaints.

“Having analyzed the content of the site, we decided on the termination of DDoS protection services” for a version of the Kiwi Farms site with a Russian .ru domain name, the company said. The .ru site, registered in mid-July, had been running intermittently after Cloudfare cut off services on Saturday. 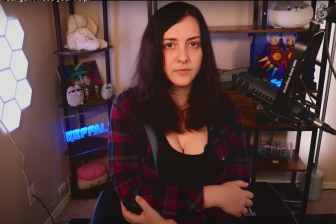 The site, created and operated by Joshua Conner Moon, 29, has been a rallying point for the vicious harassment and doxxing of transgender people, feminists and people of colour.

Moon started Kiwi Farms nearly a decade ago as a wiki site dedicated to harassing a transgender woman; Moon even used the woman’s initials in an early version of the site’s name. Over time, its users began to target other people — mostly active online users who are transgender, have autism or have other mental conditions. Kiwi Farms in its current form was born in 2015.

An overarching theme of the site’s discussions centers on users’ fierce opposition to transgender children receiving gender-affirming medical care. Members typically refer to those who support such treatment as “groomers” and “pedophiles,” rhetoric that is also used increasingly by conservatives in their opposition to LGBTQ2 rights.

The knocking offline of Kiwi Farms — both Cloudflare and DDoS-Guard protect websites from distributed denial-of-service and other attacks — followed a fierce campaign of outrage led by Canadian transgender Twitch streamer Clara Sorrenti.

Cloudfare CEO Matthew Prince said in a blog post Saturday that he was troubled by the free-speech implications of effectively de-hosting Kiwi Farms, an about-face after earlier in the week defending his decision not to cut the forum loose. But he said escalating targeted threats on the site created an “immediate threat to human life” of dimensions his company had never seen. 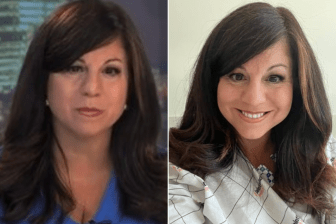 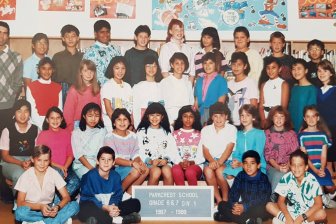 The California company has helped protect far-right sites in the past, though it dropped the neo-Nazi site Daily Stormer as a customer in 2017 after a protester was killed by a marauding motorist at a white nationalist rally in Charlottesville, Va. In 2019, it did the same to the troll forum 8chan after the posting on its pages of a racist screed by the man who killed 23 people at an El Paso Walmart.

Sorrenti, who goes by “Keffals” online, launched her campaign in August but unrelenting doxxing and other harassment forced her to flee her home in London, Ont. last month. Online stalkers did not let up, though, and tracked her to Northern Ireland, stepping up their harassment.

Kiwi Farms tried once again to go online, this time using a Chinese domain. Now the servers cannot even be reached. When I said it is dead, I meant it. They will continue to stay on life support jumping domain to domain with a worse iteration of the site each time. We won. pic.twitter.com/wosiM3xA02

On Monday, Sorrenti tweeted that she would have a final update on the campaign against Kiwi Farms.

It was unclear whether Kiwi Farms would find a new home or if its users might begin gathering on a new forum.

Posting to Telegram on Monday, Moon said the site would not be up for at least a week while he attends to a family emergency. He said the site’s prospects were dim, though Cloudflare had given him a way to register his .net domain elsewhere.

Moon said IP addresses he controls, though, are in danger of being revoked by Australia. They would allow him to self-host, but he would still need internet connectivity and protection against DDoS attacks.

“I do not see a situation where the Kiwi Farms is simply allowed to operate,” Moon wrote. “It will either become a fractured shell of itself, like 8chan, or jump between hosts and domain names like Daily Stormer.”

Moon provided an address on the dark web, reachable through the Tor browser. A site was not up, however. A message said it had been disconnected.