When Mary Hailu learned she was being laid off from her executive assistant job at Toronto auto sales startup Clutch in June, all she could think about was her eight-year-old daughter.

“I’m a single mom. I’m the only income in my family, in my household,” said Hailu, who quit a stable engineering job to join the tech sector in 2021.

“I was feeling very anxious, very worried about the future. I think I probably cried for two weeks and I still cry now, when I think about it.” 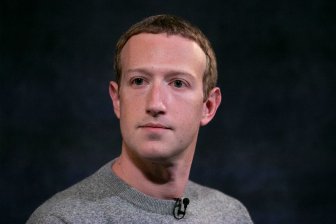 Hailu’s experience places her in a growing group of tech workers that have experienced a layoff this year as investor exuberance around the sector fades and companies re-examine payroll costs in preparation for a potential recession.

Despite the apparent downturn, tech workers like Hailu aren’t fleeing the industry. A month after her layoff, Hailu was settling into a new role at a software startup.

“People in the tech industry are committed to the craft and they really are quite eager and quite motivated by what the industry has to offer,” said Abdullah Snobar, executive director of the DMZ tech hub in Toronto.

“Although many are getting laid off, they’re able to find new jobs quite quickly.”

A recent report from the Information and Communications Technology Council, a not-for-profit organization offering labour policy advice, predicted employment in the Canadian digital economy would reach 2.26 million by 2025, triggering demand for an additional 250,000 jobs.

But the near-term is offering many reasons for tech workers to be spooked.

Local startups – Clearco, Hootsuite and Wealthsimple – and global heavyweights – Meta, Twitter, Netflix, Microsoft, Oracle and Intel – have all made cuts in recent months.

Amazon.com Inc. began cuts this week that will reportedly slash 10,000 staff from its workforce, including several Canadians who announced their departures on LinkedIn. 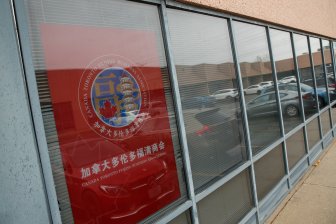 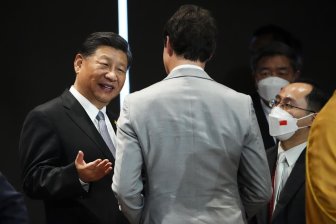 Amazon is laying off some workers amid ‘uncertain’ economy. Here’s what we know

Several companies have also seen their valuations fall, which makes stock options less attractive, but workers are still sticking around.

Hailu’s family recommended she look for work at a larger corporation, which they perceived to be more stable. Instead, she took a job with another startup because she felt she could make more of a difference at a smaller company.

“With larger corporations, it’s difficult to make an impact. You don’t always feel heard, sometimes you end up feeling like just a number,” she said.

“Sometimes in more traditional industries, you’re told to think within the box,” Snobar said. “There’s too much bureaucracy and too much red tape and nobody wants to go back to that.”

That’s part of why Jermaine L. Murray, who was laid off from Toronto finance company Wealthsimple in July, is still focused on helping people find jobs at tech companies like Meta, TikTok, Shopify and Microsoft.

The radio-host-turned-recruiter took a job at the Toronto finance company because its leadership team supported diversity plans others might think were too bold.

“They said, ‘tell us what we can do to help’ and that’s when I knew this is where I want to be.”


He was later laid off, but it felt like “a breath of fresh air” because he realized he could build out Jupiter HR, his career coaching and recruitment business that places workers at tech companies including Wealthsimple.

It’s common for tech workers to build companies during downturns, said Snobar. Hewlett-Packard, Microsoft, Uber and Airbnb all started during recessions and went on to be wildly successful.

Stella Alexandrova is hoping to repeat the pattern.

She got her “dream job” at Shopify Inc. in 2019, before COVID-19 lockdowns and a corresponding spike in e-commerce sales facilitated by the software giant soared.

Hiring was constant during that time and work was so “hectic” the growth lead was in “shock” a little over three years later, when she was laid off alongside some 1,000 colleagues.

“It was very sudden. We didn’t even see it coming … because I was so deep in my work,” said Alexandrova, who lost her job in July.

“You kind of feel like this big part of your life is just over.”

She logged off for the day to process the news that 13 per cent of the Ottawa company was out of work and as CEO Tobi Lutke admitted he had misjudged the growth of e-commerce.

Two days later, she decided to treat the cut as an opportunity. She started her own tech company, Mave, a trip planning app she long dreamt of building.

“I thought, ‘I’m going to start running and then I’m not looking back,’” said Alexandrova.

“The layoffs were in the past and I was moving forward.”

Elizabeth Holmes to be Sentenced in Fraud Trial