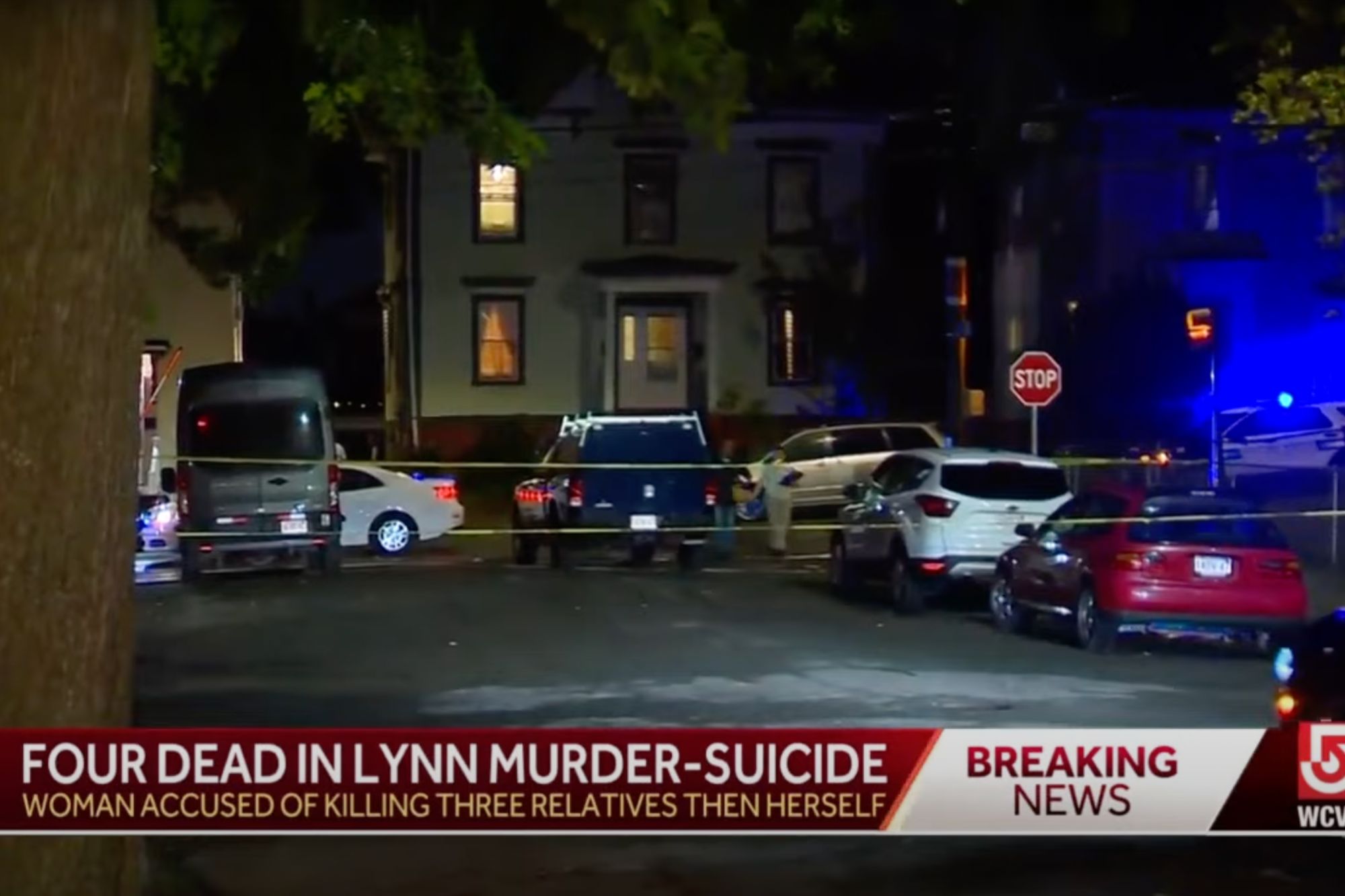 Three men and a woman died in an apparent triple murder-suicide that was spread across three different scenes in Lynn, Massachusetts on Tuesday, officials said.

All four people are related to each other, according to the Essex County District Attorney’s Office.

One neighbor reported hearing as many as 20 gunshots at the scene.

Just before 4:30 p.m., cops found the woman dead inside of her car in a Stop and Shop parking lot about a mile away at 35 Washington St., the DA said. Officials determined that she died from a self-inflicted gunshot wound.

Later, police discovered a fourth person dead — a man in his car at 44 Laighton St., less than a half mile from the Stop and Shop. Police sources told WHDH that the victim is believed to have been killed by the same suspect.

All four individuals are related, Blodgett said. The exact nature of their relationship was not immediately disclosed.

Officials have not yet released the individuals’ identities pending family notification.

5 Connecticut Officers Charged in Paralysis of Black Man They Transported