NASA is getting ready for the world’s first mission in planetary defence, and it’s inviting the public to watch as one of its spacecrafts attempts to deflect an asteroid.

The DART spacecraft, short for Double Asteroid Redirection Test, lifted off from Vandenberg Space Force Base atop a SpaceX Falcon 9 rocket last November in a US$330-million project.

DART is essentially a test of the centre’s ability to defend our planet against future asteroids and other Earth-bound debris. It will deliberately slam head-on into Dimorphos, an asteroid that measures 160 metres across, at 24,139 kilometres per hour, on Sept. 26.

On Sept. 26, @NASA’s #DARTMission will impact an asteroid, which poses no threat to Earth, as humanity’s first test for #PlanetaryDefense. 🌎

Learn more on how to join us for a multitude of events starting Sept. 12 as we countdown to DART impact: https://t.co/OhqJLa7LST pic.twitter.com/C6tXz8VD0K

Dimorphos poses no threat to Earth, NASA makes clear, but offers scientists a way to measure the effectiveness of the collision.

“This isn’t going to destroy the asteroid. It’s just going to give it a small nudge,” said mission official Nancy Chabot of Johns Hopkins Applied Physics Laboratory, which is managing the project, during DART’s launch last year.

Dimorphos completes one orbit of Didymos every 11 hours, 55 minutes. DART’s goal is a crash that will slow Dimorphos down and cause it to fall closer toward the bigger asteroid, shaving 10 minutes off its orbit.

On July 7, 2022, the @LowellObs captured the asteroid Didymos moving across the night sky. DART is scheduled to impact Dimorphos, the moon of Didymos, on Sep 26, 2022. https://t.co/MGwrOjVs3M@JHUAPL

The change in the orbital period will be measured by telescopes on Earth. The minimum change for the mission to be considered a success is 73 seconds. 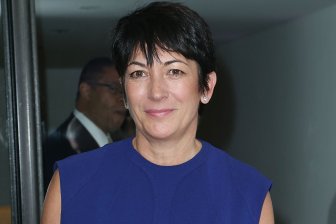 Ghislaine Maxwell sued by her own lawyers for over $1 million 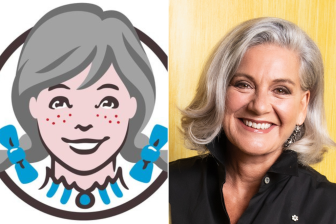 NASA announced this week that it plans to livestream the event on Sept. 26 and invites the public for a watch party on its social media channels.

Global News will also have the livestream available.

A live briefing will take place at 6 p.m. ET on “Impact Day” from the Johns Hopkins Applied Physics Laboratory in Laurel, Md., which builds and manages the DART spacecraft.

Researchers expect the kinetic impact to take place at 7:14 p.m. ET. The space agency is also hosting an in-person event to mark the occasion.

Ten days beforehand, DART will release a tiny observation spacecraft supplied by the Italian space agency that will follow it.

DART will stream video until it is destroyed on impact. Three minutes later, the trailing craft will take images of the impact site and material that is ejected. The collision will occur approximately 11 million kilometres from Earth.

“This test will show a spacecraft can autonomously navigate to a target asteroid and intentionally collide with it to change the asteroid’s motion in a way that can be measured using ground-based telescopes. DART will provide important data to help better prepare for an asteroid that might pose an impact hazard to Earth, should one ever be discovered,” NASA shared in a press release.

Scientists constantly search for asteroids and plot their courses to determine whether they could hit the planet.

“Although there isn’t a currently known asteroid that’s on an impact course with the Earth, we do know that there is a large population of near-Earth asteroids out there,” Lindley Johnson, planetary defence officer at NASA, said last year. “The key to planetary defence is finding them well before they are an impact threat.”

0:47
‘I went and had an ugly cry’: NASA official describes reaction to first test photos from James Webb telescope

Mapping the Globe and Creating Strong Passwords, Using the Power of 3 Random Words