Canada’s major telecom companies have reached a formal agreement to “ensure and guarantee” emergency roaming and other mutual assistance in the case of a major outage.

“Going forward, should one of these providers be faced with a major network outage, the other companies have committed to provide the support and assistance necessary so that Canadians can reach loved ones, access 911, and conduct business transactions,” Francois-Philippe Champagne, Minister of Innovation, Science and Industry, said to reporters during a cabinet retreat In Vancouver Tuesday.

“As part of this agreement, the companies also commit to providing clear and timely communications to keep Canadians and appropriate authorities informed about response and restoration during major network outages.”

The deal comes after a massive Rogers Communications Inc. service disruption on July 8 that affected millions of Canadians.

In the days after the outage, Champagne directed the CEOs of Rogers and other telecom companies to develop a backup plan to prevent a similar scenario, giving them 60 days to do so.

Rogers was unable to transfer customers to competing carriers during the unprecedented service outage, despite offers of assistance from Bell and Telus.

It was also unable to shut down its radio access network, which would have automatically connected customers to another carrier for 911 calls. 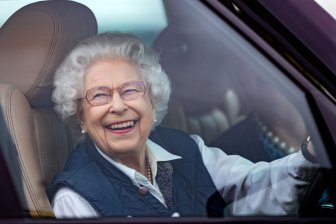 Queen Elizabeth II: The sweetest, funniest moments from her reign 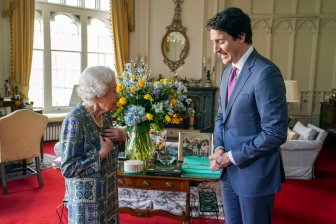 Queen Elizabeth death: What’s next for Canada’s 10 days of mourning

And in a letter requested by the Canadian Radio-television and Telecommunications Commission (CRTC) in August, Rogers said it does not have the necessary data to determine the exact economic losses caused by the outage.

Many businesses were impacted due to the disruption.

Rogers outage sparks calls for telecoms to collaborate in emergencies. Will it work? 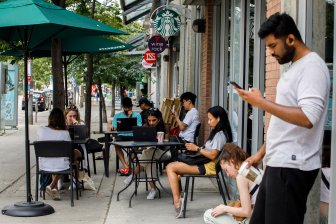 Rogers outage sparks calls for telecoms to collaborate in emergencies. Will it work?

Champagne noted that the agreement is only a first step in his network resiliency agenda, which involves strengthening accountability and preparedness.

He also said additional steps were being taken, including directing the Canadian Security Telecommunications Advisory Committee (CSTAC) to come up with further measures within six months to ensure robust and reliable telecom networks across the country.

“We’re not going to rest. Trust me. We’re going to hold them accountable and take any measures we can to strengthen resiliency,” he said to reporters.

Champagne also reiterated that the outage will be on the back of his mind as he considers and reviews Rogers’ $26-billion proposed takeover of Shaw Communications Inc.

When asked if he would use his powers to step in as Rogers navigates the Competition Bureau’s concerns about the deal and to prevent the whole process from dragging on, he indicated he would not.

“My job is to protect the interest of Canadians and when it’s my turn, certainly, we’ll make that clear,” he said to reporters.

2:12
CRTC head says organization will make sure Rogers does better after outage

CRTC head says organization will make sure Rogers does better after outage – Jul 25, 2022

Scientists Solve Mount Everest Wildlife Mysteries Through the Use of eDNA