The good, the bad and crypto: How Web Summit tackled tech’s biggest trends

On the opening night of Web Summit, one of the world’s largest tech conferences, the final speaker, though high profile, was not someone associated with the tech industry.

In a surprise appearance at the annual event hosted in Lisbon, Portugal, Ukrainian first lady Olena Zelenska told a rapt audience about how Russian forces use advanced machinery and engineering to wage a brutal war.

“Your chosen profession, your field of expertise, is now a battlefield in Russia’s war against Ukraine,” Zelenska told the crowd of tens of thousands. “The dystopias we read about in science fiction novels and all the threats of life destruction are much closer than you think.”

And so began Web Summit 2022, with a passionate appeal to the audience to consider the real-life impact of the technological advances being shaped by the more than 71,000 attendees.

This year’s top trends include a nod to the fact that ‘tech’ is ubiquitous and applies to all aspects of our lives, whether we like it or not. There was acknowledgement that leaders in the industry have a responsibility to consider the future their inventions are creating, from Artificial Intelligence to robotics and cryptocurrency.

Web Summit founder and Irish entrepreneur Paddy Cosgrave told Global News during the conference the decision to have the first lady of Ukraine as the key speaker was one that organizers didn’t take lightly.

“It’s an inescapable tragedy what’s happening in Ukraine. The loss of life and scale of it is unprecedented since World War Two,” says Cosgrave. “As an event, we have to ask ourselves if there’s something we can do, no matter how small.”

The logistical lift to make it happen wasn’t small. It took months of top-secret planning to map out a security strategy that included heavily armed forces flanking Zelenska and safeguarding all areas ahead of her arrival.

“There were guys with balaclavas and masks and all sorts of guns that I’d never seen before,” says Cosgrave, describing what was happening both behind the scenes and in plain sight. “It was jarring because never in my life have I seen that level of security anywhere in Europe.”

In addition to the armed personnel on the ground, Cosgrave said there was a no-fly zone over the host venue, Altice Arena, with the exception of military drones patrolling overhead. Two fighter jets parked nearby, were ready to take off in the event of an emergency, he said.

Britta Muzyk-Tikovsky is an innovation and strategy consultant based in Munich, Germany. The founder of Capscovil, a tech innovation agency, witnessed the evolution of Web Summit since she first attended in 2016. What stands out to her is the participation of women, who are usually underrepresented at tech conferences, she told Global News.

Forty-two per cent of attendees this year, approximately 30,000, and about a third (34 per cent) of Web Summit speakers were women. Organizers offer discounted tickets to women, who can pay a fraction of the typical general admission ticket price of $680-$1,668 (500-850 euros). 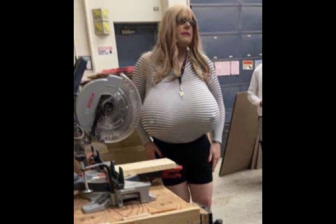 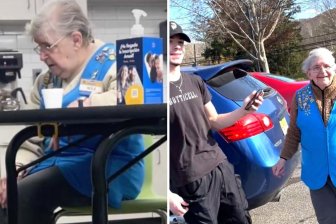 Muzyk-Tikovsky, who was also a speaker this year, says these types of initiatives changed the demographics of the crowd.

“When I walked through the halls I saw mothers carrying their babies and strollers and men also with little kids. So parents were taking children, even teenagers, to this type of event because it inspires them as well,” she says.

Although the gender disparity at Web Summit was more pronounced on stage than it was among attendees, Lotus Qi told Global News there was a “greater focus on diversity, equity and inclusion” (DEI) than other tech events she has attended.

Qi is the head of operations at deep tech venture builder Post Urban Ventures, based in London. “Ethical” tech projects stood out to her, including a Dutch biotech firm called Meatable, which produces lab-grown meat, mostly pork products.

“It’s basically no-murder meat which I really like because the ethics around eating meat are very much around the cruelty and the way we rear and slaughter animals as well as the greenhouse gases and methane that comes from growing animals,” she says.

Muzyk-Tikovsky says she is heartened by a trend of what she calls “tech for good” with founders focused on sustainability as well as DEI.

One of the most interesting applications she came across is a Hamburg-based med tech company called Apoqlar whose software uses AI and immersive reality to help doctors navigate CT scans from all angles with the help of 3-D pictures.

Another project she finds fascinating is a Ukrainian company called Releaf Paper that extracts cellulose fibres from fallen leaves to make sustainable packaging.

The darker side of tech

Muzyk-Tikovsky says she prefers the smaller, emerging tech companies over the more established names, especially in the field of robotics. In 2019, Hong Kong-based Hanson Robotics featured its humanoid robot Sophia at Web Summit, which didn’t sit well with Muzyk-Tikovsky.

She points out that Sophia, who was modelled in the image of legendary actress Audrey Hepburn, was granted citizenship by Saudi Arabia, which she calls “a slap in the face” from a Kingdom that flouts humans rights, especially women’s rights.

Even more sinister, according to Muzyk-Tikovsky is the continuing presence of Boston Dynamics, the American firm spun off from the Massachusetts Institute of Technology which has engineered robots designed to circumvent humans.

She cites a 2018 video that shows a four-legged Boston Dynamics robot trying to open a door while a human handler repeatedly thwarts it.

“This is the absolute wrong approach. We need robots as companions, and for tasks that are repetitive. What we don’t need is to teach robots how they can be better than us and disobey,” she says.

Another major trend from an industry at a crossroads, is the wider adoption of cryptocurrency, according to Qi. Despite the fallout of the failed deal by Binance — the world’s largest crypto exchange, whose founder Changpeng Zhao was also among the opening night speakers — to rescue smaller rival FTX, she says the buzz around fintech is palpable.

Canada’s third-largest pension fund, the Ontario Teachers’ Pension Plan, is taking a hit to its US$95 million investment in troubled FTX, which filed for bankruptcy in the U.S. on Friday. In August, Caisse de depot et placement du Quebec was forced to write off its US$150 million investment in crypto lending platform Celsius Network which went also went bankrupt.

“There is a crisis in crypto but I personally think it will be good for it because it will mean more regulation to make it a more grown-up industry so more institutional investors can come in,” says Qi.