In what might take the title of Low Hanging Fruit of the Year, someone recently asked Twitter users to come up a new name for a probe headed to Uranus, and, well, what happened next will not be shocking to anyone – but it is hilarious.

Before we get into the enthusiastic and viral responses, let’s backtrack for a moment.

ExploreIGO is a Twitter fan account devoted to hyping up our solar system’s Ice Giant planets, namely Neptune and Uranus. The account often posts pictures and memes about the two planets and their pinned tweet is a plea to the space community to send missions to the icy masses in the name of exploration.

Our only visit to the #IceGiants was in the 1980s with Voyager 2 🛰flybys. Since then, what little we’ve learnt has been from limited telescope observations.Many in the #space community agree a trip to #Uranus ⚪️ & #Neptune 🔵 is long overdue. Let’s do it. It’s time to go back! pic.twitter.com/MEHSht4OoD

It should be noted that there are no scheduled probes headed for Uranus as of now, but scientists with NASA voted last year to make the blue planet NASA’s top priority in the next decade by developing a mission to Uranus, with spacecraft that could include an orbiter and a probe.

Last Saturday, ExploreIGO asked its community “what would YOU name the #Uranus Orbiter & Probe Mission?”

We all know what comes next…

This seems like the perfect time for @ASTROGLIDE to sponsor space exploration.

7 of the strangest things in our solar system 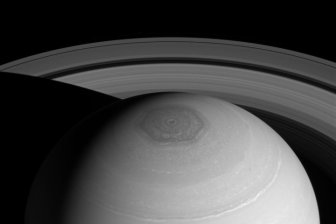 7 of the strangest things in our solar system

The first seven mission plans, A – G, failed in the early preparation stage. Hopefully it’s finally time to get Preparation H on Uranus.

“How about the Planetary Orbital Observation Probe? AKA The P.O.O.P,” suggested one respondent. “Beginning Uranus Mission … Amazing Spectacle in Space,” offered another. 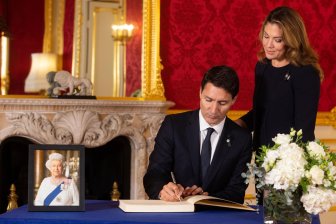 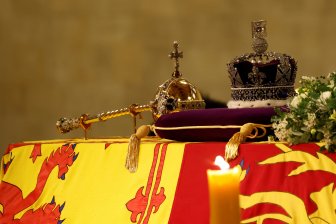 In all, the original post has received thousands of suggestions – some silly, but some are actually very thoughtful and based in science or mythology. You know, names NASA might actually consider.

Many recommended naming the Uranus probe Olympus, Odin, or even M.U.S.E. for Mission Uranus Science Expedition. Some suggested the names of historical figures in the space community, like Lassel, Kuiper, and Earhart.

While it might seem immature for the science community to bandy about jokes poking fun at the planets they explore, some scientists say it’s actually helpful in getting their work in front of a wider audience.

“I think it’s good to get engagement in my work in any way,” University of California astronomy PhD candidate Ned Molter told Futurism last year.

“Do the jokes get really tired and repetitive? Absolutely,” Molter added. “I wouldn’t say I get frustrated at all. It starts a conversation.”

Heidi Hammel, a prominent Space Science Institute and Planetary Society astronomer and a top expert on Neptune and Uranus, told the outlet that NASA is quite sensitive to the word “probe” and how it related to Uranus.

“We do want to send atmospheric probes, and we do call them probes, and it’s impossible to separate that from the whole aliens probing humans thing … Maybe we’ll just go to Neptune so we don’t have to worry about the whole thing.”

WHO raises alarm on disease in flood-hit areas of Pakistan